An unreliable narrator is one of the most powerful tools available to a writer. His unreliability might be obvious to the reader throughout, it might be revealed gradually, or it might come as a revelation that provides a major plot twist.

It is a character who tells the reader a story that cannot be taken at face value. This may be because the point of view character is insane, lying, deluded or for any number of other reasons.

The phrase “unreliable narrator” was first used by the literary critic Wayne Booth in the early 1960s. The technique has been around as long as literature itself has been though. In fact, prehistoric humans probably sat around fires knowingly listening to one hunter who always exaggerated his feats.

Sometimes the narrator is unreliable by nature. In other words, some stories are told by narrators who are such terrible people that they cannot tell their stories objectively. In general, even people who commit the worst crimes justify their actions to themselves. A classic example is the murderous narrator of the Edgar Allan Poe story “The Telltale Heart”.

Perhaps one of the most famous is Vladimir Nabakov’s Humbert Humbert, a middle-aged man with a predilection for underaged girls or “nymphets” (as he calls them). In Lolita, Nabakov signals Humbert’s unreliability to the reader in a number of ways such as his outrageous claims, his endless justifications for shocking acts and his contempt for others. Alex from A Clockwork Orange is another example of a reprehensible character sharing his unreliable narrative with the reader.

Dishonest narrators can also be used to great effect in stories of crime and mystery. It can be difficult to discuss these types of narrators without spoiling the story, but both Agatha Christie’s classic novel The Murder of Roger Ackroyd and the recent Gillian Flynn best seller Gone Girl employ unreliable narrators whose lack of trustworthiness is crucial to the construction of both novels’ mystery. Often in books like these the reader starts out trusting the narrator and only as the story goes on realises that something is amiss.

This type of narrator is not always deliberately deceptive. Sometimes, a narrator is unreliable due to youth or naïveté. The young autistic narrator of The Curious Incident of the Dog in the Night-Time by Mark Haddon or the five-year-old narrator of Emma Donoghue’s Room are simply reporting the world as they understand it. These books rely on readers to make inferences based on clues given by narrators  who do not always accurately interpret events. 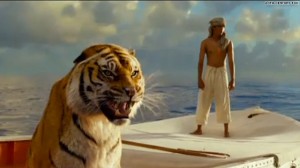 The unreliable narrator is particularly useful for horror and supernatural fiction writers who want readers to question the line between fantasy and reality. The classic 19th century tale The Yellow Wallpaper is one famous example of this type of narrator. A more modern example is Yann Martel’s novel The Life of Pi in which readers wonder increasingly about the truth of events described by the narrator.

There is sub type of narrator that differs from those listed above. This narrator is unreliable due to having incomplete or incorrect information. For example, the narrator of Rebecca by Daphne du Maurier initially misunderstands nearly everything she learns about her new husband’s dead wife, and therefore, the reader does as well.

One particularly skilfull use of the unreliable narrator that combines several of the above types is Lionel Shriver’s We Need to Talk About Kevin. Besides withholding information from the reader, the narrator’s report of events is ambiguous. Unlike some of the unreliable narrators listed above, Shriver leaves much of the judgement up to the reader. Is Eva a bad mother, is Kevin a bad child or are both of these things true? The book is effective with any of these readings applied.

There are dangers in using this type of narrator. Readers do not always understand that a narrator is not the final voice of truth and authority. They may even confuse the narrator with the author. The unreliable narrator is most obvious in mystery plots where the narrator’s unreliability is generally revealed as part of the resolution. In other cases, it’s important to plant clues along the way to ensure that the reader understands and perceives the situation in a way the writer does not.

How can a writer do this? There are a number of ways. One is by showing the reactions of other characters. This can work for other types of information as well. The narrator may react in a way that is clearly inappropriate, and the reader can realise this when the narrator does not. Another is the nature of the situations or characters themselves. From the moment we learn that Humbert Humbert is courting Lolita’s mother in order to get closer to the teenage daughter, we understand that there is something wrong with our narrator.

Sometimes, the unreliability of the narrator is only gradually revealed. The reader may in fact trust the narrator through much of the novel. With this approach, it’s important to layer in clues throughout the first part of the novel without making them obvious. This ensures that in looking back, the reader does not feel cheated by the switch.

Want to work out a character sketch of your own unreliable narrator? Try the Now Novel Idea Finder now.

13 replies on “What is an unreliable narrator?”

this is a phenomenal technique in writing and surely engages the reader!

how do you determine who is an unreliable narrator.

huck in the adventures of huckle berry and finn

Good example, Silas. Thank you for sharing that.

very interesting. thanks for sharinf

It’s a pleasure, Erin. Thank you for reading our articles!

Hi Aman, thank you for the kind feedback and for reading our articles!

[…] to a writer, telling the readers a story that the reader cannot take at face value. In this post, Now Novel, an excellent resource for writers, explains: “The unreliability may be obvious to the reader throughout the novel, may be […]

I found an example of Kathy in Never Let Me Go by Kazou Ishiguro recently. You could say that there might’ve been exaggeration along the way, but mostly it is because her memory is from just one point of view, often disagreed with upon a shared recollection.

Hi Aria, that’s a great example, I love Ishiguro’s work. That book floored me, I didn’t see the twist coming.