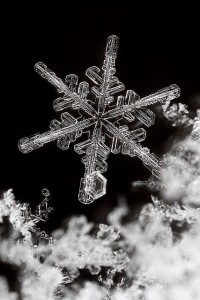 There are nearly as many ways to approach writing a novel as there are writers, but many swear by an approach known as the snowflake method. Developed by writer Randy Ingermanson, the snowflake method can be particularly helpful to writers who prefer to plan extensively before setting out to write a novel.

Sometimes, writers and writing instructors can be dogmatic about the fiction-writing approach they choose. Having found an approach that works for them, they may imply that anyone who deviates from their method is doing it wrong. Ingermanson takes a different tack with his snowflake method; he invites fellow writers to take or leave parts or the entire method depending on whether or not it works for them.

At the core of the snowflake approach is a great motivator for fiction writers: the method starts small, with a single overarching idea, and invites the writer to begin expanding the idea from that central point. This can be helpful to the writer who sits down at either the beginning of a novel or just an outline, writes “Chapter One” and then becomes intimidated at the thought of all the empty pages ahead.

Understanding the ten steps of the snowflake method can help writers decide what parts may be useful and whether they want to follow the entire programme or adapt parts of it for their own uses.

In step one, the writer comes up with a one-sentence description of the novel. Ingermanson recommends that this be fewer than fifteen words and that it combine the overall larger story with the personal journey of the protagonist. This step is helpful for nearly every writer because it forces the writer to focus concisely on the most crucial elements of the story. This also is something a writer will need to learn to do effectively for the query letter phase.

Step two also has application for the querying phase of selling a book; here, the writer expands to a paragraph of description. Ingermanson suggests five sentences with the first one consisting of the setup, the next three describing the main conflicts or in his words ‘disasters’ and the final one wrapping up the story.

In step three, the writer does a one-page summary sheet for each main character that reviews that character’s major goals, conflict, motivation and epiphany and summarises the story from the point of view of that character. This exercise can be helpful for the writer who struggles with fleshing out characters. Writers who prefer to develop their characters more organically may want to skip this step or may want to use only parts of it such as sketching out key motivations.

Step four returns to the plot and involves creating a brief synopsis. This time, the writer takes those five sentences from the summarising paragraph and expands each one into a paragraph of its own. Again, this will produce a document that can be useful for querying agents and publishers. Some writers will find this produces helpful frameworks for their novels while others will find they write synopses that feel constricted and lifeless. For those in the latter category, writing such a synopsis is better done after the first draft is completed.

Step five returns to the characters again, and this time, the author writes about the story from the point of view of various characters. In essence, this is the place where each character gets to tell his or her own story. Ingermanson suggests about a page for main characters and half a page for less important character. Writers who have resisted filling out lengthy character charts documenting the protagonist’s favourite colour, earliest memory and first kiss may embrace this opportunity to get to know characters better in a way that feeds directly into the story. This can in fact be a powerful tool for story and character development; characters who seem to all be at the centre of their own individual narratives will live and breathe in a way that characters that seem invented only to serve the needs of the protagonist do not. 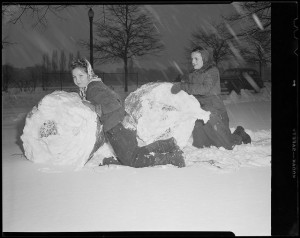 Many writers will find that this is sufficient preparation. However, for those who wish to continue, step six involves expanding the one-page synopsis to four pages. In the seventh step, the writer develops expanded character charts and histories. Step eight maps out each individual scene of the novel on a spreadsheet using one line per scene. Ingermanson suggests at least listing what point of view the scene will be told from and what happens in the scene, but other elements can be included as well such as estimating the length of the scene.

The ninth step is one Ingermanson himself says he has dropped from his own application of the snowflake method: expand each scene from the spreadsheet into a paragraph to create a long narrative. Ingermanson points out that this can reveal whether scenes introduce conflict although this is also something that can be noted on the spreadsheet.

Step ten is not really a step; it is the actual next phase of writing the first draft of the novel. The advantage of having sketched out the novel so thoroughly at this point is that the writer is unlikely to succumb to writer’s block induced by not knowing where to take the story next.

One important point to keep in mind about the snowflake method is that many writers may think that their own tried-and-true approach is best and reject the snowflake method out of hand particularly those who tend to write without outlining. It’s worth experimenting a little to see which parts of it might boost writing speed and performance. One major advantage of the snowflake method over some other methods is that although a great deal of work is involved prior to writing, it all tends to be practical and applicable to the novel itself.

Make completing the Now Novel Ideas Finder your first small success – from there you’ll have the blueprint to finish writing your novel.

Images from here and here.

9 replies on “Understanding the snowflake method”

Seeing as its still in the sketching process, it should rather be a summary, but you can use this approach and adapt it however you see fit!

Thanks. It’s the from their perspective that threw me, but that makes much more sense. I mean, obviously the focus is on how events impact their character, and I can see how having the characters themselves summarizing the events of the book would make for a great exercise,but for the minor characters that would just be a LOT

You’re right there. It’s always best to adopt an approach that works for you and the degree of detail you need to get writing!

On the other hand, since no one ever sees these but you, if you get to know characters better by writing in first person, there’s nothing wrong with that.

I don’t know how obvious of a question this is, but this can work with comic writing as well, right?

True, it can. It’s simply a method to create structure.

[…] read about a technique that is probably the ultimate in plotting techniques called the Snowflake Method. The concept is simple: start with a single sentence to describe your story (“A man kidnaps […]

[…] read about a technique that is probably the ultimate in plotting techniques called the Snowflake Method. The concept is simple: start with a single sentence to describe your story (“A man […]