You’ve possibly been told many times to outline your book, but perhaps not how to create a plot outline. These seven ways to write a story outline appeal to different writing strengths. Choose a helpful outlining method that suits your personal writing preferences:

How to outline a novel: 7 methods

The traditional approach to writing an outline is not as rigid as some other models. To begin,  divide your plan for your novel into sections. The chapter is a convenient unit. [You can also brainstorm details for your story, section by section, in the Now Novel dashboard].

One strength of the traditional approach is its flexibility. You can take a notebook and give each page its own chapter heading, or you can write each chapter on an index card. You can even create folders labelled for each chapter, in which you can store individual scene summaries or visual inspiration.

Once you’ve decided how you will organise your plot summary, write a summary of what will happen in each chapter.

How to write a story summary

Summarize the main events of each chapter in two to three sentences per chapter. If you need to write more, you can.

In a synopsis, you write out the whole plot of your novel, condensed.

This differs from a traditional outline in that you are not worrying too much about chapter breaks. In fact, you might even significantly rearrange your structure once you’re done.

One advantage of the synopsis is that it can feel more informal than the traditional approach. Writers who struggle with breaking down a novel into units like chapters may enjoy writing a synopsis because it feels more like telling a story.

If you are planning to send your novel around to agents and publishers, you will have to write a synopsis at some point. Thus another advantage of this approach is learning an important marketing skill.

However, the difference between publishers’ synopses and your own right now is this one is strictly for your creative use. So include notes to yourself to work out parts that you aren’t entirely sure of yet. Include any side note that will make it easier to get the bulk of your story down on paper.

Outlining in this way can feel a little bit like free-writing.  It’s often a liberating exercise that allows you to let go, not worrying about broader story structure, and create. 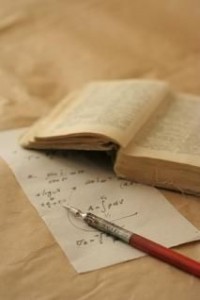 The snowflake method is like a bridge between the more freewheeling methods above and some of the more structured methods that follow. Using this method invented by writer Randy Ingermanson gives you an overarching plan.

When using the snowflake method, you begin with a one-sentence summary of your book followed by a paragraph-long summary. Next, you summarize each of your main characters by listing their name, story line, goal, conflict and epiphany.

You next expand each sentence of the one-paragraph plot summary into its own paragraph. Similarly, expand the character summaries into more detailed character sheets.

Next, expand each of your paragraphs into individual scenes that will make up your novel. Ingermanson suggests using a spreadsheet at this stage to keep track. There is an additional optional step that involves expanding those brief scene descriptions even further, but by this point, most writeres are ready to get started.

You may want to use the snowflake method as written, or you may want to modify it for your own uses. It can be an excellent approach to plot outlining for writers who want to plan extensively before they begin to write.

Of the many ways to write a plot outline, this is one of the best approaches for writers who are more concerned with structure than the specifics of plot. It also makes it easier to plan the broader arcs of plot, however.

Three-act structure is based on screenplay structure.

In a novel, the first and final quarter of the story usually form approximately the first and third acts. Act two is the remaining 50 percent in the middle.

Each act must have certain elements, and while some approaches to three-act structure are quite detailed, you can begin with a stripped-down approach.

At its essence, the first act requires three main elements.

In the second act, the action must rise to a climactic midpoint. This is sometimes called the reversal because it changes everything. The second act ends with a second turning point. The third act rises to a climax and ends in resolution.

You can plan your specific plot points along this structure and use this as an outline.

How to outline a book with a quest: The Hero’s Journey

The hero’s journey is based on the study of myth by writer and scholar Joseph Campbell. Campbell believed that all world myths included some similar elements. While there may be as many as 17 steps, the hero’s journey can be divided into three main sections like three-act structure.

In Campbell’s version, these are departure or separation, initiation, and return. While Campbell used the language of myth and fantasy to describe the hero’s journey, the structure can be used for realist fiction as well.

In the first section, the protagonist receives a call to action and refuses it. The protagonist then encounters a mentor or supernatural aid and crosses the threshold into a different world.

In the second act, the protagonist undergoes a series of trials or temptations. For a romance, this could be the allure of a secondary stranger. In historical fiction, these complications could be literal (legal) trials.

One of the most famous pop culture examples of a story whose structure mirrors the Hero’s Journey is the movie Star Wars. Just as George Lucas did for that film, you can use some or all of the elements of the Hero’s Journey in your own plot outline.

The Freytag model is another model of story structure you can use to outline your book. 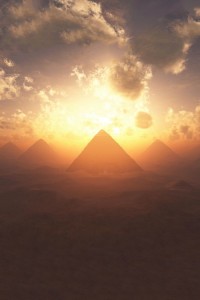 You might find the Hero’s Journey or Freytag’s Pyramid too simple for your own project, of course. Neither emphasize the various complications possible in each section.

Either way, they’re both valid models for creating structure and organizing your novel.

Draft zero, or the pantser’s compromise

Some writers simply do not want to outline. However, even if you prefer to write by the seat of your pants, there is a kind of plot outline you may find useful.

This is what we call a zero draft or discovery draft.

This draft is too unstructured to be even a first draft, but it is far more extensive and detailed than the above outlines. In fact, it can run to 100 or 200 pages. However, it is ideally written quickly, and it is permissible to skip entire swathes of the actual story and leave notes in their place. The point in this type of outlining is to give only the roughest idea of what should occur, when.

The discovery draft is a boon if you’ve struggled with outlines but find you get bogged down while trying to write a novel without the safety net of one.

Even if you don’t enjoy planning and structuring, some form of outlining will help. Use Now Novel’s Idea Finder to create a plan for your book, step by step. Try it now.

Thanks for outlining various outlines. 😛 I find it so daunting to think that I should scribble out all the twists and turns of a story before they really come alive in me. I shall attempt a few of these and see if I can find a dynamic process for myself.

It is a challenge, but if you’re more of a pantser you could always try the draft zero approach or writing the story as a sequence of scene synopses where you’re focusing on event rather than fleshing out your world for the first run. I hope you find one that works for you.

Love the articles on your blog! So helpful! I really wish I knew how to outline but I just don’t get it. How can I list all the stuff that’s supposed to happen – much less where in the book it’s supposed to happen – if I don’t even know what is supposed to happen before I start writing? Even in college, I would write full papers (I’m talking 15-30 pages) first and then write the outline that the profs always insisted on having because it was the only way I knew what to put where. I completely understand the need for an outline and want so desperately to be able to write and use them but I just have never been able to do it. Maybe I just need a super in-depth course on how to outline, along with a sample that the teacher does right along with me.

Thank you for reading! It sounds to me as though you are more a pantser than a plotter by nature, and that’s fine too – the important thing is to find what works for you. You may find if you force yourself to try come up with the basic structure of a story beforehand, even just as an exercise, that it helps to add a certain degree of structure to your writing craft.

Thanks again for reading and weighing in on outlining.

This article is very helpful! I Writing a first draft has never been an issue for me – it is the 2nd go around in which I get stuck on. I use excel to create a character list so I don’t forget who has blue eyes or blonde hair! HA, ha.. but I’ve never thought about a plot outline before, because I write chapters and keep most of it in my head but doing a plot outline will help me iron out the actual storyline and rough out what doesn’t need to be included in the novel. Thank you for sharing!

Hi Ann, an excel spreadsheet sounds like a useful approach. Thanks for sharing and for reading 🙂

[…] Here is a list of plotting methods you can try to outline your story. […]

Useful and interesting article, thanks. I’ve seen references to the LACE method of plot outline / structure too but haven’t been able to find much about it online, any thoughts or info on the LACE method?

Hi Leigh, thank you. This is actually the first I heard of the ‘LACE’ method, and couldn’t find many resources describing it, but from what I could find the acronym has each letter referring to a plot attribute:

I can see why this is a catchy idea as all stories have combinations of these elements – stories are change, and change with the tension of not-knowing is what makes stories exciting. I think it’s a helpful rubric to use for a chapter, to look at that list and ask yourself, for each chapter, ‘does it have this element?’ (i.e what aspects of the story change each chapter – and is there sufficient change and forward momentum?).

I’m sure there’s more to this method than the little I could find, so if you have an original source that goes into detail about it, please share it with us. Thank you for reading our blog.