When we think about describing a character, we often think of listing items like hair colour, eye colour and body type. Character posture is important too: How we bear ourselves tells others a lot about us. Here are tips on using posture to bring out what makes each of your fictional characters uniquely interesting:

Many of us grew up with mothers who exhorted us to stand up straight, and the reason for it was not just concern about the alignment of our spines. Consider what kind of characteristics occur to you when you think about a person with great posture: the person seems composed, relaxed while still remaining confident and alert, and perhaps even well-bred. Now consider a person with poor posture. Unless that posture is related in some way to a visible physical handicap, we might consider that person lacking in confidence, disrespectful or lazy.

Posture is a part of the body language that we use to send signals to people about how we are feeling or perhaps even more significantly how we are feeling about the person with whom we are interacting. We tend to make instinctive inferences about posture as well, so readers will generally reach similar conclusions based on how the posture of characters is described. Therefore, using posture, we can guide the reader to conclusions both about the overall temperament of a character as well as how characters feel about others around them.

Let’s start by taking a look at some types of posture and what we might surmise from each of them:

Similarly, imagine someone sitting with excellent posture in a casual environment with friends who are all lying around on the floor or slumping comfortably in chairs. While the posture is good, it might seem out of place among the others.
Think about a military commander at a tense moment in combat; we would expect that character to stand in a tight, rigid manner, and we might question the motives or competence of someone who took a different stance in such a situation. Posture can rarely be interpreted outside of its context, and describing a character’s posture can show a reader a great deal about how that character feels about the environment he or she is in. 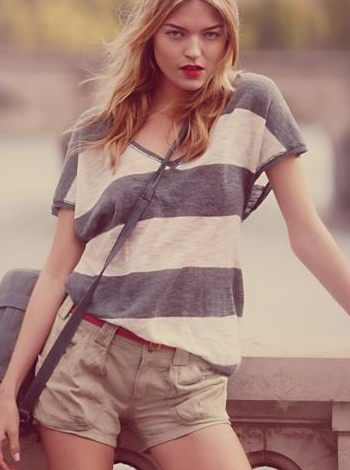 Context can also be important if the character has a visible or invisible handicap affecting his or her posture.
If the handicap is not obvious, a character is likely to be particularly vulnerable to assumptions from other characters.
While in many cases this would be a disadvantage, a character might also use it as an advantage. For example, imagine a detective with a disability that makes him slump and appear less alert or one with a limp due to a temporary injury that makes her appear less physically capable than she actually is.
An author might play with the readers’ assumptions as well by initially choosing to not reveal the reason for the posture or the truth about the character although this must be done with caution; any time a writer withholds information from readers, it must be done skilfully and with good reason in a way that keeps the reader from feeling cheated or tricked.
For example, a viewpoint character who is simply not aware of the information cannot possibly be expected to have provided it for the reader. However, if everyone knows something except the reader, such an approach is likely to backfire.

Poor posture can also be caused by poor general physical health. Here, posture may be used as a contrast to show a character’s physical decline. If a character displays qualities such as pride and competence or was formerly someone who was energetic or in a position of authority and now has a vulnerable posture or one that indicates their ill heath, this can be a particularly poignant way of conveying a sense of the loss that character may be experiencing as his or her body breaks down.

While the contrast between who a character is and who their posture shows them becoming can be an effective way of eliciting emotion from the reader, contrast in posture can also be used to track the change in a character’s emotional state. As with demonstrating a physical decline, posture can show the emotional decline of a person throughout the course of a story. It can also track the growing confidence of a character who might begin with poor posture and stand tall and confident by the end of the story.

As is always the case in writing, caution must be taken to avoid using posture as a crutch or resorting to common writing clichés. Overuse of any element whether it is describing posture, mannerisms, a character’s looks, the way they speak and more may make it into early drafts, but it’s important for writers to keep an eye out for these tendencies when editing and revising.

Predictability should be avoided as well. Using elements like posture to describe a character is much more effective when it undermines reader expectations. We expect people such as politicians or teachers to stand straight and have postures that are open. We imagine criminals might sit or stand in a way that indicates a shifty or lazy personality or we might picture them arrogant or swaggering.

What might we think about a politician who seems to be closed off or even defensive around supporters? What could be surmised about a doctor with a slumped, resigned air?

In fact, with musings such as these, posture need not simply be a way to enhance character description and development but can spark a plot twist or even an entire story to the writer who is blocked. What is that politician worried about? What would make a formerly star surgeon’s posture turn to one that indicated despair? Juxtaposing a certain type of posture that does not seem to match a person’s position in life can lead to surprising or interesting pathways in fiction. 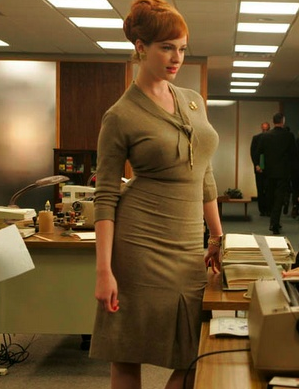 Another way to subvert readers’ expectations around posture are to think about gender expectations.
How do men and women tend to hold themselves and move? Men are more likely to sit in a sprawling fashion while women tend to be more contained. What happens when those types of postures are reversed? What about when women cross their legs like men and vice versa? What kinds of assumptions do readers make about them?
What about other characters?

Posture can also be used to show how characters feel about one another. How do two characters behave when they are facing each other?
Are they defensive or open? Does one seem to dominate the other, standing over him or her while the other one shrinks? Characters may also betray their feelings for one another due to their posture. For example, characters such as a supervisor and subordinate may suggest to others that they have a relationship outside of work due to their informal posture when interacting with each other.

Along the same lines, posture can also act as a contrast to the way a character would like to be perceived and the things a character is saying. Describing a character who purports to be relaxed and happy as sitting or standing stiffly or someone who says they are in charge as slouching in a way that betrays a lack of control or confidence can reveal a character’s true feelings or motivations.

Posture can tell us about more than just a character’s emotions however. We might also learn about a character’s social class or background based on posture. Knowing how to behave and conduct oneself in formal environments is often a marker of class; that a character does not belong in a particular environment can be revealed through their uncomfortable posture.

Whether a character has good or bad posture and whether that posture changes over the course of a story, how the posture of two characters changes when they are together and how posture can reveal secrets a character would rather keep hidden are all examples of ways writers can use posture effectively.

Have you read our other articles about developing your character? We recommend our articles on character mannerisms, describing characters’ faces, character eyes and character hands.

If you’d rather get to work creating memorable characters, try Now Novel’s character design process in the story builder. It’ll help you whip through character creation and populate your novel with an unforgettable cast. Find more of our best character description posts via our character writing hub.
Images from here, here and here

6 replies on “Character posture: How to describe characters’ bearing”

[…] other articles about developing your character? We recommend our articles on character mannerisms, character posture,  character eyes and character […]

[…] Talking about your character: Posture […]