In this guest contribution by ESL teacher Ethan Miller, Ethan shares ideas for creating characters who are completely different from yourself.

Character creation is a key element of writing a novel. Authors, knowingly or unknowingly, often create characters that borrow heavily from their own selves and life experiences. It’s fun to see yourself as the protagonist of your story and base your characters in a familiar setting. Yet sometimes you need to diversify your characters to explore your story from different points of view.

Here arises the problem: How do you write a character that has no semblance with you or anyone you know? Most writers find it easy to write characters they can relate to compared to those who are radically different.

Here are key suggestions for every writer creating characters drastically different from themselves:

Observe what they wear and check out their hairstyles. If your character is an unusual dresser, make sure to keep your eyes and ears wide open to observe quirky outfits in the crowd.

The objective here is to create a mental picture. A picture of how your character should look, feel, and sound to your readers.

It’s easier to avoid stereotypes when you’ve observed many subjects similar to your character before you start etching them out on paper.

‘What if my character is a burglar? you may ask. Unless you get access to interview a burglar in prison or know a former thief, sketching out your character through observing is going to be tricky in this scenario. This is where the real grind of creating a character from scratch starts.

Learning how to write a character unlike you requires asking questions about the character that range from silly to immensely personal. Your character will become as interesting as the answers to these questions.

When the character is based on you, it becomes easier to answer the questions as you can always tap into the pool of experiences that have defined you as a person. But while writing a character who is completely different from your persona, you need to rely heavily on your imagination. Questions you might ask include:

It’s important not to reign in your imagination too much at this stage. Prepare a questionnaire with a wide range of questions and use the depths of your creativity to answer those questions in an imaginative way. [Use the ‘Character’ section of Now Novel’s Idea Finder to flesh out character ideas using detailed prompts – Ed’s note]

3. Find the Devil in the details

It might sound cliched but it is true that the Devil does lie in the details. I’ve noticed that most amateur writers pepper their character questionnaires with serious character defining questions like “What is her opinion about love?” or “Did she have a terrible childhood?”

While it is important to ask tough questions to get an idea of how the character thinks or behaves, it is useful to answer simple, fun questions before you attack the serious ones.

Fun, trivial questions you could ask include:

These questions won’t necessarily be relevant to your story. Yet answering such small questions helps you create a mental picture of the character that will, in turn, help you find answers to tough, character-defining questions later.

4. Contradict or nullify your personal views and biases

One of the biggest challenges in learning how to write a character unlike you is keeping aside certain personal views and biases.

When a question is asked, it is human to answer it from a personal perspective. But when you create a radically different character, it’s crucial to curb any urge to answer the character questionnaire strictly according to your own world view.

Even when you are trying hard to answer the questions by putting yourself in the character’s shoes, your personal opinions can still influence your answers. For example: If your character is a violent fundamentalist, it might be difficult for you to give their answers to the character questionnaire if you’re a complete pacifist.

One way to tackle this problem is by writing (not typing) with your non-dominant hand. If you are a right hander, then use your left hand to write answers to character questionnaires and vice-versa. You will be so engrossed in getting the letters right that you won’t overthink the questions and will come up with interesting answers that are devoid of personal biases.

There are two ways to write a character who defies your belief system and your morals.

One way is to write the character by gathering knowledge about him/her and creating a backstory that explains what made them the person they are.

The other way is to empathize with the character by placing yourself in his/her shoes.

I always choose the latter technique for writing characters as empathy goes a long way in humanizing them. When you empathize with your characters, you understand their story from their point of view and realize the circumstances that made them the people they are.

Empathy was the tool used by Robert Louis Stevenson to humanize the evil Mr. Hyde to showcase that good and evil reside inside every person. If we revisit the example of writing the character of a violent fundamentalist, it is important that you see things from the character’s perspective and try understand why he holds the beliefs he does. When you empathize with your character, you are not trying to justify their actions and flaws but merely understand what led to them to become the flawed person that they are.

In closing, I would like to say that it takes courage and patience to create characters that are completely opposite to your own beliefs. The characters that are radically different from you help you unlock the side of you that you had no idea about and help you see things in a new light. So step into a stranger’s shoes. It will go a long way in creating multidimensional, interesting characters. 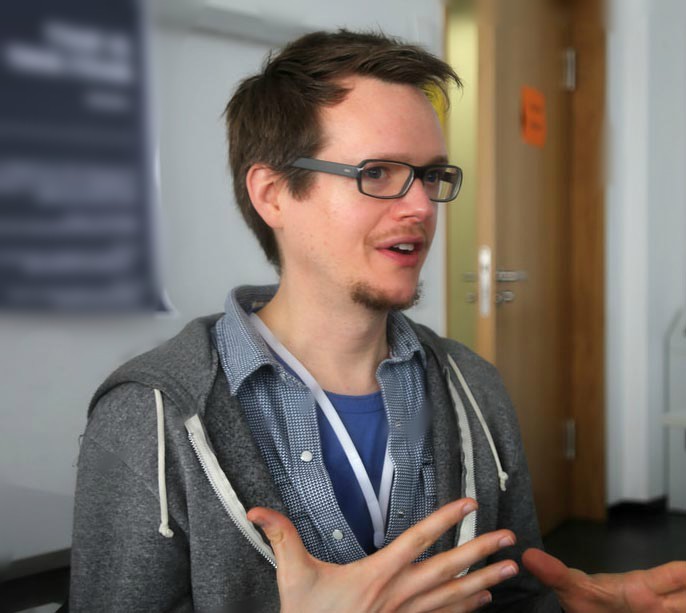 Ethan is a private ESL tutor by day and an aspiring novelist by night. When he is not teaching or writing his book, Ethan loves to blog and is a huge fan of educational technology. Follow him on Twitter, and his blog.