How to start a novel? Creating curiosity is key. Read examples of first lines from novels that provoke questions, plus tips to avoid info dump beginnings and more:

How to start a novel that grabs attention: 10 ideas

Read ideas on how to start a novel and evoke curiosity. Keep reading for more examples and fuller discussion:

Let’s dig deeper into these ideas on how to write first chapters that sell your story:

If there’s one rule on how to start a novel, it’s to make your reader curious. This applies whether you’re writing literary or genre fiction.

When we polled our newsletter subscribers, it was clear that leaving questions is crucial for reader engagement:

What will your first line leave your reader wanting answers for?

Here are some first lines from The Guardian‘s list of the best books of the 21st Century:

‘So now get up.’
Felled, dazed, silent, he has fallen; knocked full length on the cobbles of the yard.

My name is Kathy H. I’m thirty-one years old, and I’ve been a carer now for over eleven years. That sounds long enough, I know, but actually they want me to go on for another eight months, until the end of this year.

When he woke in the woods in the dark and the cold of the night he’d reach out to touch the child sleeping beside him.

Years ago, before the trains stopped running on so many of the branch lines, a woman with a high, freckled forehead and a frizz of reddish hair came into the railway station and inquired about shipping furniture.

The above first lines span genre from historical fiction (Mantel) to dystopian sci-fi (Ishiguro) and post-apocalyptic (McCarthy). They include Pulitzer- and Booker-winning books and skew more literary.

The above novel and story (the Munro is a short story) beginnings create curiosity by:

How to start a genre-fiction book: Examples

The below examples are from Amazon bestsellers (as of October, 2022):

In the week before their final departure to Arrakis, when all the final scurrying about had reached a nearly unbearable frenzy, an old crone came to visit the mother of the boy, Paul.

The way ass whole is misspelled in red spray paint across the back door of Bib’s makes me think about my mother. She would always insert a brief pause between syllables, making it sound like two separate words.

“Not again.”
The disappointment in his voice fills the room and hangs there like a light fog, clouding us from one another.

“This doesn’t feel right, patron.” Isabelle Lacoste’s voice in his earpiece was anxious, verging on urgent.
Chief Inspector Gamache looked out over the roiling crowd, as the noise in the auditorium rose to a din.

Like the literary examples of opening lines to novels above, these first sentences prompt questions.

The opening of Dune (which ascended the bestseller list again due to the 2021 film adaptation and announced video game) teases questions about what Arrakis is (a desert-like planet). It also makes us curious about the reason for the old crone’s visit.

The other examples prompt questions, too. For example, why someone’s spray-painted ‘ass whole’ across an establishment. Or why Isabelle Lacoste is anxious in her caution to Inspector Gamache.

By now, it should be clear – great openings make us want to know more. They don’t have to be showy or flashy, but they do (ideally) build your reader’s desire to find out.

George Orwell, another master of how to start a novel, gives us this example in his dystopian classic:

It was a bright cold day in April, and the clocks were striking thirteen.

Orwell begins with setting and a strange event: Clocks striking an unlikely hour.

The action is teasing because it seems impossible. Modern clocks usually strike up to 12 times, beginning again from ‘one’ for one o’clock.

In the 14th and 15th Centuries, though, clocks that struck 24 times were more common. This strange anachronism (a detail from another time and place) subtly suggests that everything is out of balance.

How can you make your novel’s opening actions teasing? What are characters (or objects) doing that they don’t usually do, or shouldn’t? What is exceptional to the first scene, already underway?

Make a Strong Start to your Book

Join Kickstart your Novel and get professional feedback on your first three chapters and story synopsis, plus workbooks and videos.

Build worlds and settings via action

In deciding how to start a novel, you may think a whole chapter narrating every detail about your world is a good idea.

After all, J.R. R. Tolkien wrote a multi-section prologue giving expository details such as the average height of Hobbits in The Fellowship of the Ring.

Epic fantasy readers (used to novels spanning 800-plus pages) may be more forgiving of very long prologues or exposition, though. The average thriller or contemporary romance reader – not so much.

When the story proper starts (Chapter 1), balance world-building exposition (narrating details about your world) with action that weaves this information in organically.

For example, Tolkien does this when his first chapter starts after his prologue:

When Mr. Bilbo Baggins of Bag End announced that he would shortly be celebrating his eleventy-first birthday with a party of special magnificence, there was much talk and excitement in Hobbiton.

Tolkien, The Fellowship of the Ring, p.

A simple action – the announcement of a party – includes worldbuilding information. We get:

Although this is narrated, and not shown as scene-level action, the exposition is concise and focused on a simple action – rallying Hobbiton for celebrations.

There are many ways to build worlds, a sense of time and place.

Introducing compelling mood and atmosphere at the start of a novel is one way. For example, the opening to Toni Morrison’s Pulitzer-winning novel, Beloved (1987).

124 was spiteful. Full of a baby’s venom. The women in the house knew it and so did the children.

Morrison’s opening gives away very little but still intrigues us. ‘What is 124? A person? A place?’

In Morrison’s harrowing novel, we quickly learn that ‘124’ is the address of a house haunted by ghosts of a painful history. We soon understand why Morrison uses the unsettling, contradictory-seeming term ‘a baby’s venom’.

Each section of the novel begins with a variation on ‘124 was…’ creating a poetic cycling back, a sense of gravitation towards the house and it’s troubled history.

How else can you start a novel so that you have your reader’s full attention?

In starting your novel, you might allude to a character’s excitement or concern, implying approaching conflict.

For example, Louise Penny implies why a detective’s one folder is unlike his others:

Armand Gamache sat in the little room and closed the dossier with care, squeezing it shut, trapping the words inside. It was a thin file. Just a few pages. Like all the rest surrounding him on the old wooden floor of his study. And yet, not like all the rest.

Why is this dossier unlike the others? What is exceptional about this case?

The fact Gamache closes the file as if to ‘trap’ the words inside suggests difficulty, friction. An internal conflict that is exceptional or a thorn in his side. This intrigues us to keep reading.

It’s an opportunity to build tone and mood that ropes your reader in.

Compare the beginning of a feel-good romance novel to a thriller novel’s first lines:

“Mac, you’ve done it again!” I grinned into my mobile. “You’ve forgotten your notebook.”
I glanced round to where his leather-bound journal was lying on the glass coffee table. Beside it was a framed photograph of the two of us by the shores of our local loch.

The tone is suitably light, the mood cozy and intimate (with references to framed photographs, grinning over slips and foibles). It matches what one expects of feel-good romance – relationships at the heart of the story (and nothing gory, violent or tortured).

Now to a thriller opening:

That summer, the summer of ’77, everything had edges.
Our laughter, the sideways glances we gave and got. Even the air was blade-sharp. I figured it was because we were growing up. The law might not recognize it, but fifteen’s a girl and sixteen a woman, and you get no map from one land to the next.

This prologue beginning captures a sense of danger, in the reference to sharp edges, the law, ‘even the air’ being ‘blade-sharp’.

Start your novel with tone and mood that suggests what kind of story the reader will get. It will help to signal to readers interested in your kind of story that they’re in the right hands.

One of the reasons ‘show, don’t tell’ is said so often is that a lot of telling has an ‘info dump’ effect.

This is something Now Novel writing coach Romy Sommer advises against in this webinar preview on how not to start a novel:

Above, we discussed using action and events in your story to weave in exposition as it becomes relevant to the story.

Think about what your reader needs to know for the present chapter and scene – what can wait until it is more relevant to unfolding action or the most immediate situation?

Orhan Pamuk’s evocative memoir-meets-travelogue Istanbul about the city of his birth opens with a striking thought from childhood:

From a very young age, I suspected there was more to my world than I could see: somewhere in the streets of Istanbul, in a house resembling ours, there lived another Orhan so much like me that he could pass for my twin, even my double.

What strikes your story’s narrator as odd, interesting or unusual?

In Pamuk’s example, the author imagining his own double, living somewhere else in his city, invites us into a child’s world of wonder and imagination.

Try starting a novel with disaster

In deciding how to start a novel, you might choose to begin in medias res. This means ‘without preamble’ or ‘into the midst of things’, in Latin.

For example in spy stories – Le Carré beginning The Spy Who Came in from the Cold with a British double agent pacing anxiously at a checkpoint, waiting for a contact).

You don’t get much more ‘in the thick of it’ than a disastrous situation or disappointment. Something your character has to fight and grow through from page one.

Writing teacher Annie Dillard (who lectured in English at Wesleyan for 21 years) once advised a student to ‘begin with your deaths and diseases’. High drama, great loss – these are agents of immense change, which is why they make good starting points for novels.

Often the unedited beginnings of manuscripts reflect how tough it is to start.

In the first lines of chapter one, you often find in editing that the author could cut the first few paragraphs without losing much sense.

Anthony Doerr’s opening chapter to All the Light We Cannot See creates a breathless sense of anticipation thanks to its brevity.

Two concise, image-rich paragraphs express that a town is being evacuated during World War II.

Like first lines, the first scenes of your novel should leave lingering questions. What is known, vs what has not yet been answered?

Start a novel with professional feedback on your first three chapters and synopsis and weekly workbooks and videos over six weeks on Kickstart your Novel. 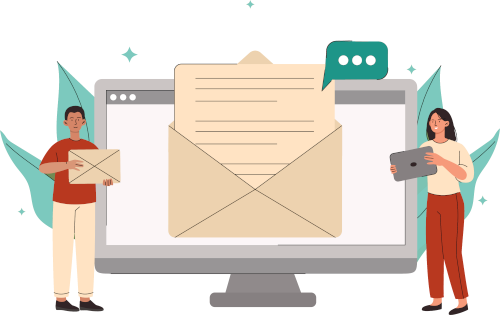 68 replies on “How to start a novel: Hook readers from page one”

This article has given me plenty to make me a better writer.

Hi Todd, thank you for your kind feedback. Happy writing 🙂