Colombian writer Gabriel Garcia Marquez was praised for his lyrical, vivid descriptions among other aspects of his work. By studying his prose, you too can write better description:

The most famous works of Garcia Marquez are the novels One Hundred Years of Solitude and Love in the Time of Cholera, and he is best known as a writer of magical realist fiction. Winner of the 1982 Nobel Prize for Literature, he is broadly considered one of the most significant writers of the 20th century. Although reading Garcia Marquez in English means reading him in translation, his translators have effectively conveyed his rich descriptions from Spanish into English.

Ordinarily, the words “journalist” and “lyrical” do not go together; when we think of journalism, we are more likely to think of prose that is straightforward, factual and plain. However, Garcia Marquez got his start as a journalist, and it was there his talent for description took root.

He began working as a journalist in his early 20s, and he tackled everything from film reviews to lengthy pieces of reportage. All were anchored in description. It was Garcia Marquez’s ability to capture specific details as well as the right details that anchored his journalism and made it effective and persuasive. His work was so influential that it is said Colombian journalists laboured in his shadow for many years.

While his journalism may have sometimes blurred the lines between reportage and fiction, Garcia Marquez chose the details he did to ground his work and convey certain ideas to his readers. While much of his journalism is unavailable in English, some of his book-length nonfiction has been translated. You can read that work to compare it to the development of his fiction.

As a writing exercise, look for a dynamic incident that happens in public such as an argument between a couple or parents and a child. First, 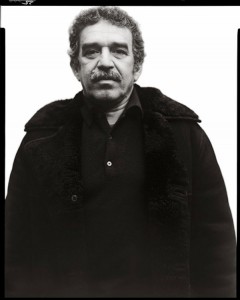 write about it as factually as you can, as though you were a reporter attempting to give a neutral account. Next, write about it in two or three different ways, emphasising different details to make a point. For example, if you are writing about an argument between a parent and a teenager, try focusing on different details to first put the reader on the parent’s side and then on the teenager’s side. How do the details that you choose ground the incident in reality and lead the reader to certain conclusions about the incident?

You can train yourself to view the world like a journalist and take in details and then filter it through your own style as Garcia Marquez did.

The genre of Magical Realism in which Garcia Marquez wrote is dependant upon an effective deployment of realistic detail and description. In magical realism, magic, spirits and other fantastical concepts exist alongside the everyday, and the characters do not generally consider their existence to be unusual. However, in order for this to be convincing for the reader, the “realism” part must be as vivid as the ‘magical’ is.

Here is an excerpt from the opening paragraphs of One Hundred Years of Solitude. Notice how rich and descriptive Garcia Marquez’s prose is. Here are some other points you can consider as you review this excerpt regarding Garcia Marquez’s use of description.

Whether you are writing fantasy, magical realism or an entirely realist story, choosing interesting language for your descriptions, describing things from the point of view of the characters in the story and being specific in your word choice are all effective ways to immerse your readers in the world you create.

The short stories: ‘A Very Old Man with Enormous Wings’

For another look at Garcia Marquez’s descriptive powers, take a look at the frequently anthologised story “A Very Old Man with Enormous Wings.” In the first four paragraphs, we go from a dreary realistic description of a rather grim setting to learning an angel is among the characters in this setting. 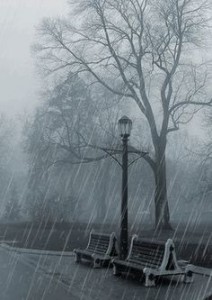 Once again, Garcia Marquez makes an unusual choice that vividly conveys a description of the setting. By sandwiching the sentence “The world had been sad since Tuesday” in between sentences about incessant rain and grey skies, we understand we are reading about a world that is sad not because of some terrible event but because of the gloomy weather and surroundings. This sentence and the sentence that follows also give us a taste of the lyricism that is often associated with Garcia Marquez’s prose.

Note here that the angel is not a creature of pure shining light but appears to be broken like his wings. The bearing of the angel is reflected in the drab surroundings.

To learn from his technique, it is not necessary that you write the same dense, lyrical prose as Garcia Marquez. What is significant about the way he uses description is how it creates a certain mood. Here it is one of melancholy. You can use different types of description to create other moods. Both your word choices and the things in the environment you choose to describe can affect the mood of your story. A romance novelist might have described the beach in a way that made it seem windswept and romantic while a hard-boiled crime writer may have focused on sordid or unpleasant elements. A city street can be made to seem charming, glamorous or seedy depending on the details a writer choose to focus upon.

While Garcia Marquez is known for his dense, lyrical prose, writers of many different types of prose can learn from his powerful descriptions. Choosing specific details and strong vocabulary, avoiding the overuse of adjectives and adverbs and ensuring that the things you choose to describe reflect the mood you want to convey are all techniques used by Garcia Marquez that can be adapted to your own genre and style.

What has reading the work of Gabriel Garcia Marquez taught you about description?

Get helpful feedback on writing from the Now Novel community now.

(Images from here, here and here)

6 replies on “Write better description: What Marquez can teach us”

Thank you Raghavendra. My pleasure!

Thanks for reading, Lisa! 🙂

You helped me so much as a writer’s conference newbie with the same advice you just wrote. And when I was a college journalism major, our prof told us the same for newspaper writing. Thanks!