Whether you’re between projects or planning on writing your first book, there are many ways to decide what are good novel topics. Here are 14 ideas for how to find book topics:

Google News is a Godsend for finding and developing story ideas. Sometimes all it takes is a wacky (or poignant) headline to get inspiration going.

Try entering odd words or phrases and seeing what headlines show up. For example:

An accidental character-based vacuum design that became iconic (this could be a Pixar film treatment). The idea that geese are murderous feathered dinosaurs (they may be – those who have encountered territorial Egyptian geese know). A teacher’s life changed after she was found living in her car.

You don’t even need to read the articles in full to start thinking about how these headlines could become good topics for novels. Intriguing stories about the lives of people, animals and things.

The personal ads or classifieds are full of odd and unusual novel topics, waiting to be used.

A friend described how when she was 13 she and her friends prank-called an escort service because they saw an ad for ‘stunning ladles’ (a misprint of ‘ladies’) and phoned to inquire about said serving utensils.

Seeing an ad like this, you could imagine a cozy mystery about an innocent, unintentional sleuth looking for kitchen supplies who gets involved in a dangerous underworld due to a misprint.

All it takes for story inspiration is one unusual ad catching your eye, then thinking otherwise.

3. Create a game of unexpected connections

We’ve written before about how William S. Burroughs used ‘cut-ups’ (recombining cut-out strips from magazines) for writing inspiration. It’s an exercise that shakes loose many a usable idea.

Take an old newspaper, brochure or other dispensable piece of writing. Cut it into words and phrases, then jumble them up and lift out words and phrases blind. Now try to combine them into an idea.

When we did this with a pointless electronics manual, we got the words ‘one year’, ‘relevant’ and ‘symbol’:

Good novel topics (requiring further brainstorming) from this could be:

These are perhaps morbid examples, but it shows how three short words or phrases can generate good book topics.

Answer easy step-by-step prompts to find good topics for books for free and get more when you upgrade. 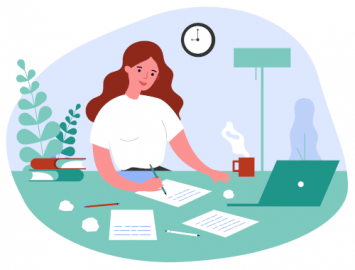 4. Write back or object

Many wonderful book topics lie in what has already been said and written.

In the branch of literary theory termed ‘postcolonial’ theory, much has been written about empire – before, during and after. Sometimes, in so-called ‘alternate history’, authors image an alternate course of events. Authors ask revisionist, creative questions such as ‘What if Magellan never crossed the Pacific?’, for example.

Many authors have ‘written back’ to empire and its assumptions, for example, the assumption that Western knowledge is superior or the ‘logical endpoint’ of human evolution (the African continent was often written about in patronising language of infancy and childhood in writings supporting colonization, for example).

Taking something you object to – be it a slur, be it a piece of history – and writing back to it, complicating it, finding new explorations or alternative ways of seeing within it – is a powerful option for finding a story idea that matters to you.

5. Mash up unlike things

Thanks to the idea of ‘The Author’ (capital T, capital A) we often think of originality as being everything in storytelling.

This is not, of course, how storytelling works. Many of the greatest stories and enduring myths have been workshopped through oral tradition, for example, where stories are passed around, embellished on, and exist in many similar but distinct versions.

Ideas such as Pride and Prejudice and Zombies have sold well, putting the expiry of copyright to creative use, with Donna Bowman for the A.V. Club saying:

What begins as a gimmick ends with renewed appreciation of the indomitable appeal of Austen’s language, characters, and situations.

History may seem only good for historical fiction ideas. You could, however, pluck a dramatic historical incident out of its era, change names (and the window-dressing of setting) and reuse an interesting historical scenario.

History is full of intrigues – political, romantic, cultural, philosophical. Think of Galileo Galilei being convicted of heresy in 1616 for saying, among other things, that the Earth is not at the centre of the universe and moves.

You could turn the above historical event into the premise for a fantasy novel: A scholar is imprisoned for making a claim about his world that goes against the reigning doctrine.

Mythologies from around the world are full of fascinating characters and symbols. Norse trees of life to Grecian holy mountains. Mayan feathered serpents to Egyptian mythology where bodies are dismembered and reassembled.

Find resources on mythology and read classic myths and fables for story inspiration – you may find your next great novel topic.

Deciding what are good book topics is easier with mind-mapping and other visual methods.

As an example (incorporating method seven above), take the myth of Narcissus. In Greek mythology, Narcissus, the son of the river God and a nymph, falls in love with his own reflection.

You could create a mind map to find associations and new links:

For example, the idea of a ‘mirror’ could lead to the idea of a portrait and to a story idea such as a man having a hidden away portrait of himself that ages and records his every indulgence while he stays eternally youthful (the premise of Oscar Wilde’s The Picture of Dorian Gray).

Like with using Google News, try entering story-starting phrases such as ‘My parents don’t know that…’ or ‘My best friend just told me…’ Change names and details.

As an example, one user shared a picture of a hedgehog in an open wooden crate saying, ‘My brother found this hedgehog and wants to keep it as a pet and my parents don’t know.’

There are many story starters in the random thoughts, incidents and anecdotes people share.

Video sites such as YouTube are great for wasting time, for procrastinating and not writing. But they’re also excellent sources of inspiration. You might see a short video of the time a famous singer slapped a talk show host through the face for asking a sexist question, or a weird game show that makes no sense to the uninitiated.

So many things could spark story ideas about unusual scenarios and their backstories or conflicts.

Particular channels worth exploring include archival channels such as British Pathé which shares archival news reels from 1910 to 1970.

A great idea coming to you in a dream may seem like a cliche. The sort of thing Great Artistes claim on talk shows. Yet dreams are potent inspiration sources often.

A friend once described a dream where they went on an epic quest through a busy, claustrophobic urban landscape They were seeking the Oracle of Delphi (the prophetess and priestess at the Temple of Apollo in Ancient Greece). In the end, they found a tiny book in their pocket whose title was ‘The Oracle of Delphi’ (they’d had the object of their quest with them all along).

The reason they remembered all the dream’s interesting details was that they’d written it down the second they woke up. It could have made an interesting fantasy quest story in its own right.

12. Use a nonsense generator

A nonsense generator is fun to play around with. You may even find good topics for novels if you play with one a little while. If not good book topics, then at least fun ideas.

A cranky old lady shoots pineapples with a machinegun.

She sounds as though she would be right at home in a Roald Dahl or David Walliams book. The story could go in almost any zany direction.

There’s a reason asking ‘what if’ is part of our process for finding your story’s central idea. It’s a question that enables so much speculative fiction – fantasy, sci-fi, post-apocalyptic. It feeds the imagination.

Novels have been written on what ifs such as ‘what if Hitler won the war’, and sillier, less somber questions, too.

When Now Novel ran a writing contest for a place on our Group Coaching course, the creativity in response to a simple ‘fill in the blank’ prompt was boundless. Entries ranged from love stories to the post-apocalyptic, alien visitation to intimate family moments.

In the end, the winning entry by Allorianna Matsourani spun almost an entire story and backstory out of the simple line ‘I was … when I saw … It was then that I knew …’

Create your own fill-in-the-blank prompts. Or get creative answering one of these writing prompts. Try extending what you come up with to two or three paragraphs:

How did you find the idea for your current WIP? Share its genesis in the comments.