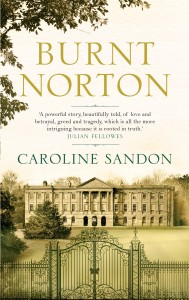 I started writing when I was about five, usually poems for my father’s birthday cards, it progressed from there. At eleven I won a national poetry competition and this fuelled my ambition to become a full time writer. With many diversions along the way, my first novel has been a long time coming!

2.    What was the process of writing a novel like?

Hard, and if anyone says otherwise it isn’t true, however once you get immersed in your novel and you become the characters, the story seems to grow by itself. You do have to be disciplined and allocate at least three hours a day at your computer. I write at the weekends as well and I often write at night when the phone is quiet and there are no distractions.

3.    What has been your biggest challenge in writing a novel?

Having the confidence to go through with it. So many times I have nearly given up thinking that I couldn’t do it and it has taken a glass of wine and a boost from my husband and children to make me continue.

4.    What one piece of advice would you offer to aspiring writers.

Don’t be verbose. Ernest Hemingway said and I quote,

“my aim is to put down on paper what I see and what I feel in the best and simplest way.”

For me this is the greatest advice. My editor has added to it, telling me to take out anything that doesn’t serve the characters, the plot or the theme.

After I left school I started a law degree, and very quickly realized this was a big mistake, fortunately in the same year I met John, a young solicitor and when I was just 18 we got engaged. Less than a year later we were married and I gave up my law degree. Shortly after this I was scouted to become a model and for the next seven years despite pregnancy and having children, I continued to model. I didn’t enjoy shows and 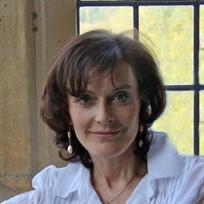 after a stumble on the catwalk I decided to stick to photographic.

At some point modelling lost its attraction, and my love of colour and design took me into he world of interior design, which I still do. It is certainly a more lucrative career than being an author, unless of course you are extremely successful. My agent told me not to give up the day job, YET!

When my marriage failed, I believed my longed for writing career had gone forever, but when I remarried and came to live at Burnt Norton I realized it had only just begun. When I found an old newspaper cutting telling the story of Sir William Keyt who had lived at Burnt Norton 270 years ago and who had burnt himself to death in the  house he had only recently completed on the lawn, I knew I had the material I needed. I was further inspired by the first of the Four Quartets, written here in 1934 by TS Eliot when he stumbled across our house and gardens on an afternoon walk, and proceeded to write one of the greatest poems of the 20th Century. His theme of time and redemption runs through my novel.

After I had finished I was lucky enough to be accepted by a great agent, and now five years after starting my first novel, it has been published by Head of Zeus in hardback, it is also available in large print books, audio- tapes and CDs. It comes out in paperback in April. Julian Fellowes has written the forward and has promised to do a television series if my book is a success. I hope it will be.