About Fil and her winning publishing contest entry

Jordan: Hi Fil, thank you for sharing the news that you won Dragonblade Publishing’s contest and a historical romance publishing contract. Please tell us a little about the story/manuscript you submitted.

Fil: Hi Jordan, thank you for inviting me to do this interview.

The story I won the competition with is called (at the moment) Guinevere: The Dragon Ring [Fil’s book is available to purchase on Amazon and won gold in 2022 in Reader’s Favorite annual awards in the historical personage category, congrats Fil! – ed’s note]. It’s part of a series set in the Arthurian era of the Dark Ages – the end of the fifth century.

24-year-old Gwen Fry, the daughter of an Arthurian scholar, goes to scatter her father’s ashes on Glastonbury Tor. She finds a gold ring in the ruined church tower on the summit, and is whisked back to the fifth century.

Her parents named her Guinevere after the legendary queen. According to a prophecy, she’s destined to actually become that queen. Which means she has to marry King Arthur. She’s not pleased.

So far I don’t have a publishing date for the book, but they want my entire series, which at present is three books, but more are in the pipeline.

I’ve never done traditional publishing before but I think it’s much slower than self-publishing. I’ve submitted my synopses of books two and three, both of which I’ve edited, and my publishers have liked them. And they want me to write a novella to be included in a book to be published next summer, of novellas written by all the winners.

Jordan: It sounds as though readers will have a lot to look forward to.

Moving on to the subject matter of your book, I was excited when I saw the name ‘Guinevere’ in your title. I’m a big fan of Arthurian legend myself (I attended a Waldorf school where it was incorporated into the syllabus and was fascinated by a picture book based on the story of the Green Knight as a kid).

What drew you to Arthurian mythology? What about this particular world of knights, quests and miracles speaks to you?

Fil: I have Asperger’s Syndrome, but was only diagnosed as an adult after my sons had been. I didn’t know it, but Arthur has been my life long Aspie obsession. So I’ve been researching these books all my life I guess.

I love everything about Arthur – but mainly what I’m interested in is what life then would have really been like. No knights in shining armour, no stone castles, no damsels in distress having the vapours.

My Arthurian world is set in hillforts with thatched great halls and plentiful stinky middens, and the tumbledown remains of Roman towns and villas.

My warriors wear mail shirts and leather braccae (trousers) and fight battles against invading Saxons, Picts and the Irish, not against each other. Well, not much.

The world I’ve created has bad things happen in it, and there’s dirt and blood and scenes of squalor I don’t shy away from.

Imagery and bringing stories to life

Jordan: A ‘true-to-history’ telling, in other words. It sounds fascinating, the detailed imagery you’ve conjured.

Speaking of description, Arthurian legend is so full of exquisite and memorable imagery, for example the arm of the Lady of the Lake reaching out of the water holding a sword aloft. I loved this imagery in the opening pages your publisher gave permission for you to share with us:

‘In the half-light of early morning, thick mist lay over the town, and no one else was about. For miles around only the odd dark treetop and the tip of a church spire emerged from the sea of white.’

It makes me think of a line from a PJ Harvey song about missing England, ‘Fog rolling down behind the mountains/and the graveyards of dead sea captains’.

Are there specific images or symbols from Arthurian legend that particularly captured your own imagination? Tell me a little about creating or researching your story’s distinctly English setting.

Fil: I agree about the imagery. I love to create a believable setting.

I’ve been told my descriptions bring the book to life for my readers, and I like to paint a picture with my words.

I’m a pantser rather than a planner. As I write, the film unfolds in my head so I just write down what I see. I rarely need to change much from the first draft. Just a few line edits and a check for typos.

Did you know the sword in the stone and the sword from the lady in the lake are two different swords?

I’m particularly attracted to the sword, but also to Arthur’s horse, Llamrei, as my other love is horses.

Fil: [As for] the settings. Well, I’m very lucky to live in England and to be able to visit the places I write about and see them for myself – see the views my characters would see.

My parents took me to South Cadbury Castle (Din Cadan in my book, but the orignal of Camelot which is a made up name from later mythology probably based on the name Camulodunum – Colchester) when it was being excavated, and I’ve been visiting it ever since.

I’ve stood in the ruins of Viroconium (Uthyr Pendragon’s capital in the book), and beside the Tristan stone outside Fowey in Cornwall, as well as climbed Glastonbury Tor.

I’m going back again to Hadrian’s Wall this autumn – it’s in book three. I love Tintagel, where Arthur was born. Gwen gets to visit it in book two.

The flash of inspiration

Fil: I guess the thing that made me write this particular book was a visit to Glastonbury Tor a few years ago.

My husband and I parked round the back (where Gwen’s parents parked in the book) and walked across the field towards the Tor. My husband set up his tripod and camera, loaded with infrared film. He took four very rapid photos. When he developed the film that evening he was shocked.

It was a clear day and you can’t mess with infrared film as it’s super sensitive. It made me wonder if we’d had a glimpse back in time to when the tower wasn’t on the hilltop, and what would have happened if we’d been up there, in it, when it vanished.

I mulled it around for a long while in my head, combined it with the story I’d always wanted to write about Arthur from Guinevere’s POV, and then one day just sat down and wrote it.

Jordan: I love this idea of magical, time-bending photography on the Tor, thank you for this insight into your inspirations.

Moving on to the contest, please tell us a little about it – the backstory. The express inclusivity and clarity of their submissions page impressed me.

Fil: Dragonblade – I’ve entered a few competitions but it gets expensive to keep doing that.

I’d just entered a load and didn’t have much spare cash and Dragonblade’s was free. So on a whim, I entered my story, but didn’t think it would do well. I forgot about it.

Then in April I received an email telling me I was in the semi-final.

I was very pleased, but I’ve been in that position before. Guinevere finished in the top six of the Sharpe Books/Historical Writers Association competition a couple of years ago. Three prizes and three runners up – I was a runner up.

Fil: I knew it was a good book, but I needed someone open to it to read it and realise that too! I was convinced I wouldn’t win or get placed, but on the 1st of July I got a tiny bit excited in case I got a special mention or something like that. So I kept checking my emails but there was nothing all day.

Of course, being American [Dragonblade Publishing is] six hours behind us, so finally, at about 10 in the evening, I sent them an email to ask if the results would be coming out and if not, when.

I got a quick reply saying they wouldn’t tell me the good news but giving me a link to Facebook. I went to look at it. Good news? Maybe I had a place?

With every one of the six placings for the runners up, I felt a bit further down in the dumps, but still excited, just in case. Then the announcer got to the big winner. I screamed. Literally. I kept shouting to my poor husband ‘It’s me. It’s me.’

He leapt up and came and kissed me, and then I watched it through a few more times! I literally couldn’t believe it. My dream come true.

Jordan: I can imagine the excitement, and it’s fantastic that you persevered and had faith in your story after getting so close to the grand prize before.

You’ve been a member of Now Novel since 2018, where you shared the exciting news about your achievement. What have you valued most about being part of the community? 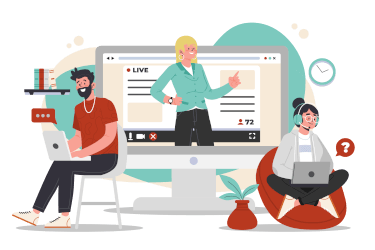 Fil: Everything has been enjoyable! I’m living my lifetime’s dream.

I’ve been writing since I was a child and have always wanted to be properly published. You get worn down when all you get is turn downs. I bet I’ve queried more agents and publishers than JK Rowling ever did! A list as long as my arm.

And now I have an agent too, the lovely Susan Yearwood. I’m so pleased I found her as she handles all negotiations with Dragonblade. Unfortunately we can’t meet face to face thanks to covid, but we’re having a Zoom meeting next week which I’m looking forward to.

I think all websites that encourage budding writers are great. It’s nice to be part of a community of like-minded people. They understand your trials and tribulations like no one else does.

I’ve told a fair few people my news, but only another writer understands the enormity of actually getting a publisher and agent, and how difficult that is.

Filling in the blanks

Jordan: It’s true, this takes tenacity and perseverance. It makes one wonder about all the fantastic books that just haven’t reached the right person at the right time (yet).

Lastly, we’re running our own contest to win a spot in our 6-month Group Coaching program (there’s more information on our Instagram @nownovel), a ‘fill-in-the-blank’ contest that I thought it would be fun to ask you to complete.

Fil: You’ve put me on the spot! Let me think. Tried to think of something wacky.

‘I was treading water when I saw the whale approaching. It was then that I knew that Jonah wasn’t a good name for a sailor.’

After a varied life that has included working with horses for an earl, riding racehorses, running her own riding school, owning a sheep farm and running a holiday business in France, Fil now lives on a widebeam canal boat on the Kennet and Avon Canal.

She has a long-suffering husband, five children and six grandchildren, a rescue dog from Romania and a cat she found as a kitten abandoned in a gorse bush.

Fil’s obsessions include horses and King Arthur. She writes historical romantic fiction based on Arthurian legend and has won the Dragonblade Publishing Historical Romance competition in the US.