Murder mysteries are captivating, page-turning tales that keep readers on the edge of their seats, trying to uncover the killer in a room full of suspects.

How to write a captivating murder mystery

Follow these seven tips to create a fast-paced story that will keep your audience hooked until the very end:

Let’s explore each of these ideas further:

Start by creating your characters – who are they, and what do they want?

When you’re writing a murder mystery, one of the best places to start is with your characters. Think about these questions for each of your main characters:

Consider creating a character sheet for each one, listing the above, and other key traits.

Good murder mysteries will include at least one murder victim. They’ll include potential suspects, and a main character who ends up solving the crime.

Not every murder mystery needs to have a detective. You will need a main character or amateur sleuth who is able to solve the mystery.

The key to a great detective or protagonist is intelligence mixed with an unusual or unique way of looking at the world.

A great example is Agatha Christie’s Hercule Poirot. At first glance, he seems an ineffectual man with a stiff moustache, easily dismissed as vain or obsessive-compulsive.

Beneath Poirot’s prim exterior, however, is an extremely precise and sharp mind with a keen eye for detail and an impeccable memory.

By fleshing out your main characters and their motivations, you’ll be well on your way to creating a page-turning mystery.

If you want to write a high-stakes murder mystery, the best place to start is with the crime itself. What happened? Who was murdered, and how?

Once you have the basic facts of the crime, fill in the details and start plotting your story backward.

Who had the motive to commit the murder? Begin by brainstorming a list of all the potential suspects in your story. What opportunity did each one have to do it? What clues did they leave behind? And what murder weapon did the killer use?

Once you have narrowed down your list of suspects and the basic details, plan out the scenes of your story.

What will happen in each scene and how will it move the plot forward? Be sure to leave plenty of room for clues, red herrings and twists. This will keep readers guessing until the very end.

Create a detailed outline of the key moments and little details of your plot. This will help you keep track of the various elements of your story, so that everything fits together in a cohesive manner.

Whether you enjoy classic writers like Agatha Christie or Alfred Hitchcock, or modern contemporaries like Paula Hawkins or Stieg Larsson, you can be sure that many of their novels involved a comprehensive outline of plot, characters and crimes.

Get feedback from a writing coach or a constructive critique circle.

Start with an engaging “hook”

It’s no secret that a good murder mystery story needs to start with a bang. After all, you want your readers to be hooked from the very first page.

The best way to achieve this is to start with an incident that is both engaging and full of tension. You might want to open with a scene of the death itself. Or else with the aftermath as the characters scramble to piece together what happened.

For example, in The Usual Suspects (1995), the film begins near the end of the story. The murders have already been committed and the killer apparently identified.

As the plot unwinds, however, through a painstaking police interview of the lone survivor, it quickly becomes clear that nothing is as it seemed. It isn’t until the film’s final seconds that all is finally revealed.

Either way, make sure to set the scene and introduce your characters in a way that is memorable and will leave readers wanting more.

It can be tempting to lay all the cards on the table from the very beginning. That’s not how to keep your reader engaged. Instead, let them figure out the mystery at the same time as your main character.

Remember that this is a balancing act. If your hero is way ahead of the reader, you can leave your reader feeling cheated or frustrated.

On the other hand, what if your reader is ahead of your protagonist? They can become bored waiting for the hero to catch up.

A great example is Alfred Hitchcock’s Rear Window (1954). The audience watches the mystery unfold entirely through the main character’s perspective.

At no point do we have any more knowledge of the crime than he does, and vice versa. When the murderer is revealed, it’s as exciting and riveting to us as it is to him. The feeling of danger that unfolds is shared by both the characters and the audience.

By artfully dropping clues and red herrings as your story progresses, you’ll create a sense of suspense. This will keep your reader turning the pages. As they piece together the clues along with your main character, their anticipation will build until they reach the dramatic climax of the story.

Include a shocking twist

A murder mystery is only as good as its twist. And if you want to write a truly engrossing murder mystery, it’s essential that your twist be both shocking and organic to the story.

So how do you write a twist that will leave your readers reeling?

A great example is Shutter Island (2010). A police detective and his partner arrive at a remote institution for the criminally insane, in order to solve the death of a patient. From the outset, nothing is as it seems. By the end, twists and turns turn the detective’s world upside down before the truth is finally revealed.

Provide subtle clues and red herrings about the story’s twist

In any good murder mystery novel, there should be plenty of clues and red herrings to keep the audience guessing.

It’s important to strike the right balance, however. Too many clues can make the solution too easy to guess, while too few can leave readers feeling frustrated.

The key is to provide just enough information to allow readers to piece together the puzzle for themselves.

Here are a few tips on how to write a murder mystery with a twist:

One of the best examples that employs all of the above is Agatha Christie’s And There There Were None, widely considered one of the best (if not the best) murder mystery novels ever written.

Ten strangers are trapped on a secluded island, each accused of murder by their mysterious and absent host. They begin to die one by one, leaving the reader to solve which of them might be the murderer. Or perhaps they are all victims of some unseen hand.

If you’re looking to write a murder mystery that will keep your readers captivated until the final page:

About the guest contributor

Neil Chase is a writing coach, award-winning screenwriter and actor, radio show host, and is the author of horror-western novel, Iron Dogs.
Neil believes that all writers have the potential to create great work. His passion is helping writers find their voice and develop their skills so that they can create stories that are both entertaining and meaningful. Check out Neil’s website for tips and inspiration! 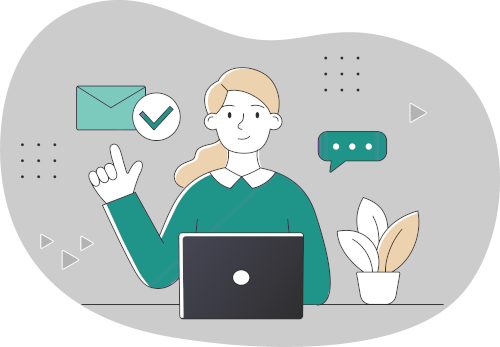 Get weekly writing craft tips and how to’s, plus videos and more.