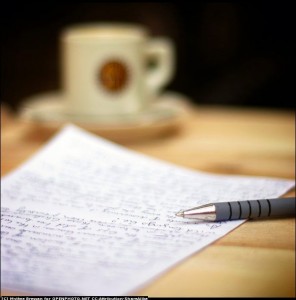 Writing a story from beginning to end is a complex task that people approach in varying ways. Some are guided by their characters or by instinct. However, it is possible for you to take charge of your plot and steer it in your intended direction from the opening sentence to the final paragraph. Even if you’re a pantser. Here’s how:

The first thing to keep in mind is that while structure, story and plot are all related to one another, they are not the same thing. Structure is something that can be shared by hundreds, thousands or even millions of stories, but the stories themselves can be very different. This is why most movie screenplays can follow a similar three-act structure regardless of genre or story, and it is also why the scholar Joseph Campbell was able to identify a number of similar key structural points in different myths from all over the world.

The novelist and critic E.M. Forster differentiated plot and story by defining story as simply a recounting of the events and plot as more concerned with cause and effect – how one event leads to another. This definition can help you discern a common weakness in plots. That weakness is the causal relationship. In other words, in order to have a strong plot, incidents must cause other incidents to happen. Therefore, plot incorporates the elements of story, but it must also demonstrate why the things in the story happen.

Do you have to plan ahead to keep control of your plot? 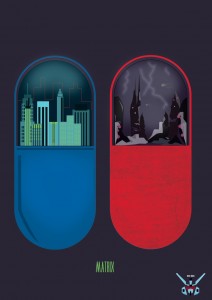 As is the case with so many aspects of writing, the answer here is that it depends. If making up the plot as you go along is working for you, then there is little reason to change things. On the other hand, it doesn’t hurt to change things up a bit from time to time to see if a fresh approach improves your speed or flow. You should not get bogged down in struggling with techniques that do not work for you, but some writers do start out as planners and move to become more intuitive writers and vice versa.

Planners who become more intuitive about their writing process usually have learnt the elements of plotting so well that they no longer need to write extensive outlines. In the case of more intuitive writers who become planners, those writers often begin to feel that they are wasting too much time following dead-end plot lines and discover that they can write more efficiently if they do some work in advance.

However, keep in mind that planning ahead and being in control of the plot are not necessarily the same thing. A planner can easily lose control of things during the actual writing while a more intuitive writer might stay in absolute control throughout the entire process.

If planning is not the answer, then what is?

Using the ‘reverse outline’ to take control of your plot

The key to staying in charge of your plot from beginning to end is keeping an eye on your plot as you are writing and making sure that you maintain cause and effect throughout. In order to do this, you can take a cue from the concept of reverse outlining.

Reverse outlining just means outlining your novel after you have finished writing it rather than beforehand. However, if you want to keep a steady hand on your plot during the writing, you should not wait until you are finished with the draft to check your plotting.

Instead, you need to write your outline that is focused on cause/effect in plot in conjunction with the writing of your novel. This may seem like a lot of extra writing, but it really isn’t; in fact, this outlining can be done in the form of just a few sentences or even just a few words. Cause and effect will be your focus in this outline because you want to make sure that you have a strong plot in which each event spurs the next one. So before you write each scene, write an outline. It can change as your characters take you to unexpected places, but it will give you some momentum.

Sometimes, as a reader, a plot feels weak to you for reasons you can’t seem to put your finger on. It isn’t that the book lacks a plot, but it somehow seems contrived or inconsequential. We might also say that such a story lacks a narrative drive. Often, the reason for this is the lack of cause and effect. In other words, things are happening, but it doesn’t matter whether they are happening or not, and the sense of contrivance is because the writer is forcing incidents to happen rather than allowing them to arise naturally due to cause and effect. As a result, there may be a story, but there is no plot. A modified reverse outline can help.

How should you approach this modified outline step-by-step?

If you have produced an outline in advance in which you show how each major plot point drives what happens next in the story and you are sticking closely to your outline, then you have already done the bulk of this work in advance. As long as you do not add or remove significant story elements, you should be fine.

However, even writers who outline tend to deviate from those outlines to some extent. If you do deviate from your outline, you need to keep checking to make sure that each of your plot points is following from the previous one and ideally is a complication of that previous one. The Now Novel idea finder provides a step-by-step process for finding your central idea, forming an overarching idea of your novel’s mood, cast of characters and more. This is our way of simplifying the outlining process.

As an illustration, here are two failures of cause/effect in plotting that are so common they have become clichés. Unfortunately, that doesn’t mean that we see them any less frequently: 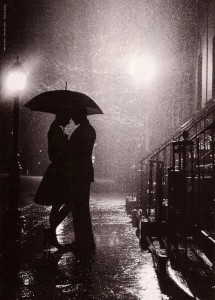 2. A couple is kept apart for the entire story by a misunderstanding that could be cleared up in a single conversation

For example, a man sees the woman he is interested in out with another man and assumes she has a boyfriend instead of talking to her and finding out it’s her brother. This is frustrating for the audience because once again, it seems like a contrivance to keep the couple apart rather than a genuine cause/effect complication. Writers therefore need to introduce more compelling circumstances to divide their star-crossed lovers that show genuine conflicts leading to deeper complications.

Writing a cause/effect focused outline would immediately highlight the lack of a clear causal relationship between events and the action of characters, and the writer of one of these clichéd stories would be alerted to his error before going any further.

What does character-based mean?

As you are writing and outlining, consider whether or not your plot is primarily character-based or based more on external events, and develop your cause/effect situations based on that. You might find this boils down to whether events are spurred on more by character psychology or circumstances beyond your characters’ control.

What is your top tip for managing the plot of a novel?

Images from here, here and here.