Dialogue rules aren’t set in stone but help us create believable characters who have distinct, memorable voices. The best dialogue gives insights into characters and their motivations. Getting dialogue punctuation right is important, as is keeping dialogue entertaining. Here are 7 dialogue rules for writing conversations worthy of eavesdropping:

Before you can write conversations that bristle with tension or brim with excitement, you need to master the rules for punctuating dialogue. [Below is a brief guide but our 4-week course covers much more. At the end, you’ll submit a piece of dialogue incorporating what you’ve learned for professional critique. Learn more.]

At the end of a line of dialogue, if you use a dialogue tag, remember to use a comma before ‘he said’ or ‘she said’ instead of a full stop. The tag is still part of the same sentence. This is a mistake we often see in beginner authors’ critique submissions on Now Novel. An example of good dialogue punctuation:

“I wish you would use a comma and not a full stop before your dialogue tag,” she grumbled.

The second rule: If a character’s speech is interrupted by a dialogue tag or action, close and re-open speech marks.

Commas before the dialogue tag always go inside the quoted speech, just before the closing quotation mark. Here’s an example:

“I wish you would stop interrupting,” she said, holding up her palm, “and let me finish!”

The third rule: Always start a new paragraph when a different character starts speaking. This way it’s clear who says what in a scene involving two or more characters.

“There you go again.” She glared.

The fourth rule: If one character speaks over multiple paragraphs, only close quotation marks at the end of the final paragraph.

This is used when a character has a long monologue, such as when retelling an event or story. This prevents the reader from erroneously thinking a new character has started talking. An example:

“There you go again.” She glared. “As I was saying, I’ve told you the rules of dialogue before but you keep forgetting.

“Where was I? I can see from your face you think I’m being unnecessarily hars- no, don’t interrupt again.”

2: Keep dialogue tags to a minimum

As a rule, if you can establish who is speaking and how they are speaking without dialogue tags, avoid them. Compare the following:

“I thought you said you were arriving a four,” he said angrily, his face thunderous.

He stood scowling, his arms crossed. “I thought you said you were arriving at four?”

Because the character action (the character stands in a posture suggestive of anger or frustration) precedes the dialogue, you don’t need to attribute the words in the second example. It’s clear the man with folded arms says the cross, rebuking words.

Where possible, minimize dialogue tags using body language and gesture instead. This helps us to hear a character mid-conversation and see them too. This is one way to make dialogue more vivid. 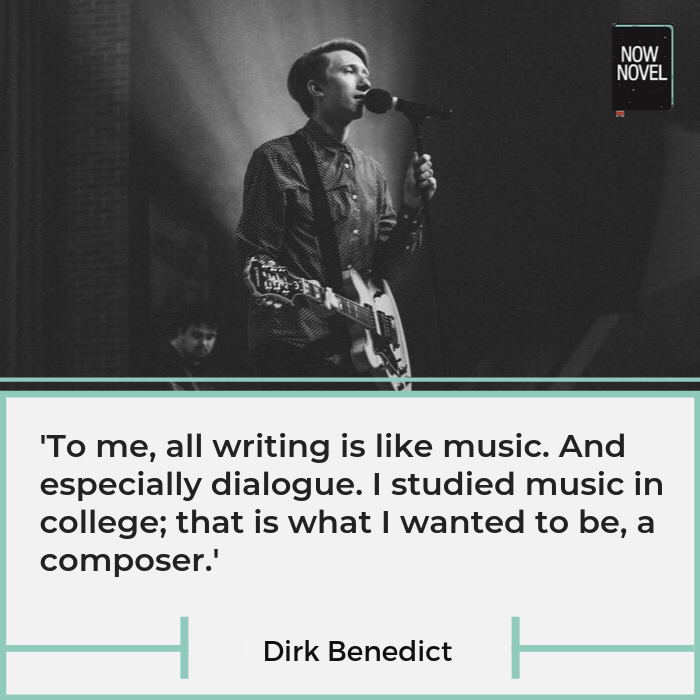 3: Cut out filler words that make dialogue too lifelike

You might be thinking, ‘Hold on, surely dialogue should be lifelike?’ Dialogue in a story differs from real-world conversation, though.

In real life we repeat ourselves sometimes. We exchange pleasantries before we get to the real core of what we want to talk about. In writing fiction, you can get to the crux of a great conversation faster. Filler words may be true to life, but don’t bore the reader.

The difference between dialogue in life and dialogue in stories is that in stories, you need to cut day-to-day conversation that is extraneous or irrelevant. Even if you are showing a romantic duo engaged in an intimate, ordinary moment, let your characters’ personalities, fears, motivations and desires come through in their words.

For example, a bland everyday scene could run as follows:

Instead, something more interesting could proceed as follows:

I heard the key turn in the front door. He stomped in and threw his bag down.
“Bad day, huh?”
He shrugged, grimacing while making a beeline for the kitchen. “It was fine,” came his voice, sounding too measured. Something was clearly up.

In the latter example, there’s immediately a sense of story. Surrounding the dialogue are actions (the throwing down of the bag and the anxious worrying of the viewpoint character) that make the dialogue pregnant with a sense of event.

Cut out filler words and instead focus on finding the emotional core of each conversation in your story. What does it show about your characters and their circumstances?

The above example could show that the viewpoint character is anxious and confused because her significant other is failing to communicate something bothering him. Most importantly, it shows us that there is a revelation of some kind in waiting – it drives the story forwards by making us ask, ‘what happened?’ and ‘what will happen next?’

Good dialogue consists of engaging or illuminating conversations. It often helps us understand characters’ strengths and limitations, goals and obstacles.

Beginning writers who aren’t practiced with writing conversations often create exchanges that make the story meander rather than get to a destination.

When you write any piece of dialogue, write down answers to the following questions before you start:

Asking questions about your dialogue will help you learn how to write good dialogue. Purposeful dialogue that adds depth to characters while entertaining will keep readers interested.

5: Show characters’ surrounds while they talk

Remember that tone and mood are essential components of a story. If your characters seem to speak in a vacuum, their exchanges will feel dry and bland.

If your characters are meeting in a restaurant, for example, use this setting to your advantage. Perhaps service staff could interrupt to take their order at a key point, when you are just about to release a vital piece of information answering a question the reader has been harbouring. This device would help create a more suspenseful mood. Involve readers in the emotional crux of your scene by bringing your characters’ surroundings into their conversation. 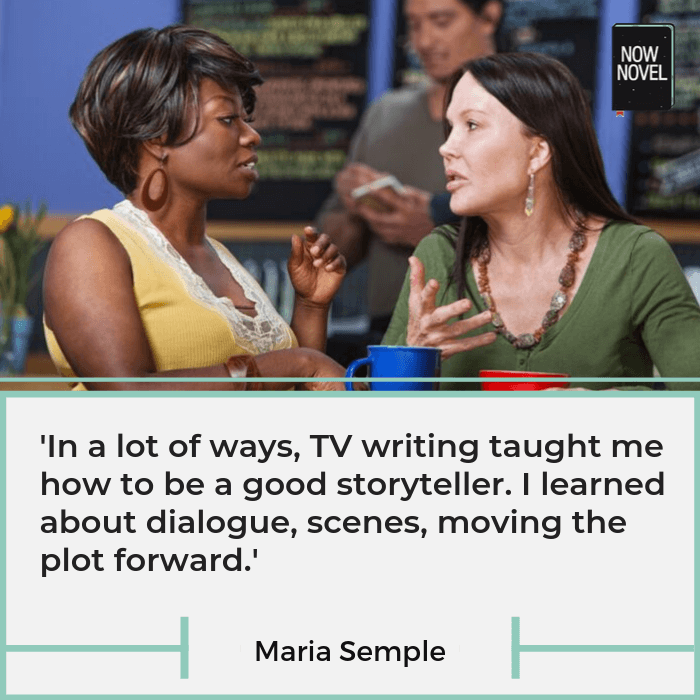 If you think about real people, everyone tells little lies from time to time. We might feel awful and walk into a social occasion with a broad grin, not wanting to dampen the mood. There are hundreds of ways to say ‘I feel terrible’, including ‘I feel great’ – it’s the way you say things that matters.

Making a character’s words at odds with their body language can be effective for characterizing your novel’s cast. A character might have a motivation for not showing any vulnerability in a situation, and thus might grin and be outwardly jovial. You can show the chinks in their armour using body language and small actions, such as fidgeting. This is why it is important to not only use characters’ voices and words but their bodies and movements in dialogue too.

7: Remember context in dialogue (the reason for the conversation)

To make your dialogue interesting, remember that fantastic dialogue lets us see the ‘why’ behind it. Dialogue involves context (and infers subtext).

Two romantic leads might fight over doing chores, or what to do over their weekend. Yet the dialogue should tap into the underlying subtext. Why this fight, and why at this moment in the story? Perhaps one character has realised the other does not fulfill them on a fundamental level.

Think about dialogue at multiple scales: Think about what’s going on immediately in this scene, right now. Yet also think about where its roots lie in prior actions and scenes and how your characters’ words can reveal glimpses of these roots to the reader or viewer.

Which authors do you think write the most fantastic dialogue?

Get feedback on your dialogue in our critique community, or one-on-one feedback and guidance from an experienced editor.

Hi, I know this was years ago but what a great pot – thankyou! Found it really helpful.

Hi Anna, thank you for your kind feedback. We’re glad you found it helpful! Thanks for reading our blog.