A lack of conflict (plot or formal conflict not included) is a common problem in the work of many beginning writers. There are a number of ways to effectively add conflict to your novel and keep your readers turning pages.

It may help for you to think about conflict as complications. One problem many writers run into when they begin to write their novels is that they have an idea about the main conflict, but it is too easily resolved. For example, maybe the story is about a woman, Andrea, whose dream is to open her own Italian restaurant, but she lacks the funding and experience to do so. Then she meets an Italian chef whose brother wants to invest in a new restaurant, and before she knows it, she has her own restaurant and an experienced chef who can teach her everything she needs to know.

This resolution is so simple that there might as well be no conflict at all. Novel-length stories in particular need for conflicts to be continually complicated and for the stakes to be raised in order to keep the reader’s attention. For example, in this story, Andrea might find the Italian chef with the wealthy investing brother, but they have already committed to opening another restaurant. Therefore, they cannot work with Andrea, so she has to look elsewhere for her dream situation.

What could complicate this situation even further? What if Andrea and the chef fall for each other? Then they may both begin to feel frustrated that they cannot work together professionally, but the chef cannot in good conscience abandon the old friend whose restaurant he is busy saving. Therefore, Andrea finds an opportunity, but it is in another city, so she will have to move away. What will this do to their budding relationship?

Building conflict can be a process of brainstorming your way through scenarios like this. You might find it helpful to do this visually through a sort of mind-mapping exercise in which you begin with one conflict at the centre of a large sheet of paper and then create branches from it using words like but, therefore and so that encourage you to keep complicating things. You can also scribble your potential conflicts down on index cards or even just list them in a computer file if that works best for you.

One thing to keep in mind is that conflict can come from character or plot, but the most effective conflict has at least some aspect of character in it. This means the characters react to a plot twist in a certain way because of who they are.

Here’s one way to think about character-based conflict. Think of someone you know very well: your partner, your best friend, your sister. Now think about various situations and how that person would react in those situations. Most likely, you can easily predict what the person would do because you know them so well. If you know your characters well also, you can use that to drive the plot and conflicts forward.

Here are some ways to build the major conflicts throughout your novel: 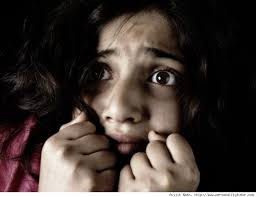 • Establish what line your character would never cross, and then place your character in a situation where she is forced to face crossing that line. From telling a lie to killing someone or betraying a loved one to putting her own family in danger, you create conflict and raise the stakes higher when you know your character well enough to know the one thing she would never do – and then make her face having to do it.

• Establish your character’s greatest fears, and make her face them. Is your character terrified of heights, water, surgery, losing a loved one, losing her job, becoming homeless or having her heart broken? As with making your character face a line she does not want to cross, conflict has more impact when it cuts to the heart of what your character is most afraid of.

• Have your character experience conflict with friends and family. This isolates your character and puts her in a more vulnerable position; it also has the bonus of making your story more realistic. Most people are not surrounded by a team of people who constantly praise and support us unconditionally, and your character will seem more human when she has to deal with these interpersonal realities as well.
You need to think about introducing smaller conflicts too. In fact, if you introduce too many big conflicts, you run a number of risks. One is that your reader will simply disengage. You cannot burden your character with so many misfortunes that your book begins to seem unrealistic. You also risk introducing more conflicts than you can realistically wrap up. Smaller conflicts can include bad days, misunderstood conversations and anything else that throws a roadblock in your characters’ abilities to solve their problems. 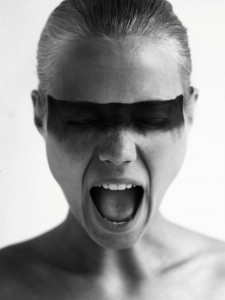 Another thing to keep in mind is that you should balance internal and external conflict. Big conflicts should definitely combine the two as the three suggestions above do, but you can have smaller conflicts along the way that are simply one or the other.

Your character should attempt to resolve the conflicts as they arise; sometimes those attempts should succeed, sometimes they should fail and sometimes they should make matters worse. You can also use the rule of threes for at least some of your attempts at conflict resolution. The rule of threes simply states that a character should make three attempts to solve a problem and the first two should fail. Of course, following this rule slavishly leads to predictability, but it’s not a bad principle to keep in mind to remind you that things should never be easy for your characters.

Ultimately, your conflict should arise naturally from your plot and your characters and it should follow an overall pattern of rising intensity. Be careful not to front-load your conflict; situations should become more and not less complicated as the book goes on.

What is one way that you have effectively introduced conflict into your novel?
We recommend you read this article on creating suspense and differentiating between internal and external conflict